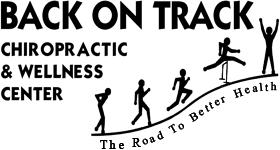 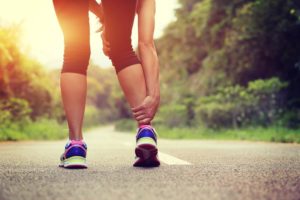 Joke for the week brought to you by George – Thank you!!

From a friend who hails from North Dakota.

OUTHOUSE PROBLEMS
When Ole accidentally lost 50 cents in the outhouse, he immediately threw in his watch and billfold. He explained, ‘I’m not going down dere yust for 50 cents

VE COULDN’T AFFORD MORE
Two Norwegians from Minnesota went fishing in Canada and returned with only one fish. ‘The way I figger it, dat fish cost us $400’ said the first Norwegian.
‘Vell,’ said the other one, ‘At dat price it’s a good ting ve didn’t
catch any more.’

Ole and Lena were getting on in years. Ole was 92 and Lena was 89.
One evening they were sitting on the porch in their rockers and Ole
reached over and patted Lena on her knee. ‘ Lena , vat ever happened
tew our sex relations?’ He asked.
‘Vell, Ole, I yust don’t know,’ replied Lena ‘I don’t tink ve even
got a card from dem last Christmas.’
————————————
MUSIC SOLUTION

The phone rings in the middle of the night when Ole and Lena are in bed and Ole answers. ‘Vell how da hell should I know, dats two tousand miles from here’ he says and hangs up.
‘Who vas dat?’ asks Lena .
‘I donno, some fool vanting to know if da coast vas clear.’
————————————————

On their honeymoon trip they were nearing Minneapolis when Ole put his hand on Lena ‘s knee. Giggling, Lena said, ‘Ole, you can go farther dan dat if you vant to.
So Ole drove to Duluth.
————————————

Ole was arrested one night while walking bare naked down the streets of the little town of Alexandria , Minnesota . The policeman, who was a good friend of Ole’s said,’Ole…What in the world are you doing?
Where are your clothes? You’re naked.’
‘Yah, I know,’ said Ole. ‘You see, I vas over to dat ‘playboy’ Swen’s
for his birthday party. Dere vas about ten of us. Der vas boys and
girls.’
‘Is that right?’, his policeman friend asked.
‘Yah, Yah, anyvay, dat Swen, he says, ‘Everybody get into the bedroom!
‘So vee all go into the bedroom….where den he yells, ‘Everybody git
naked!’ ‘Vel, vee all got undressed. Den he yells, ‘Everybody go to
town!’
I guess I’m the first one here!
No virus found in this message.
Checked by AVG – www.avg.com